They would sprout in the jungle like mushrooms after a rainy spell, Sometimes only one would be raised. Often, it was 3 or 4. Too often, 20 or 30 would stand in an awful clump. But, it wasn’t heavenly moisture that bore these tufts of metal and steel and leather. They usually appeared after a different kind of downpour; a battlefield firestorm.
The boots, rifle and steel pot; a makeshift memorial hoisted in Vietnam – pitched quickly and silently in the bush, near wide-open airstrips and all over the balmy delta.
“When the guys would be killed, their bodies were shipped out home. The next time we had a chaplain in the jungle, we would have memorial services.” said Jack Toney, a Vietnam War platoon leader. “To do this, somebody would offer their boots, steel pot, and rifle. We’d take a pair of boots, stick the rifle in the ground behind it and the helmet on top of the rifle. Everyone (in the platoon) would be there. They would stand. Some would kneel in front. You’d have emotions. These guys got pretty tightly knit in the field “
“Anytime an artist tries to get in touch with someone else’s suffering, it’s a challenge…” Stearman said. “There’s a phrase I really like and try to incorporate into my work. It is ‘to infuse the ordinary with dignity’. Here’s just a pair of old boots with a helmet and rifle. I’ve handled all these images with care in deference to the people who know what these images are all about.”
(Excerpt from a Denver Post article by Bill Briggs covering the eve of the sculpture dedication.) 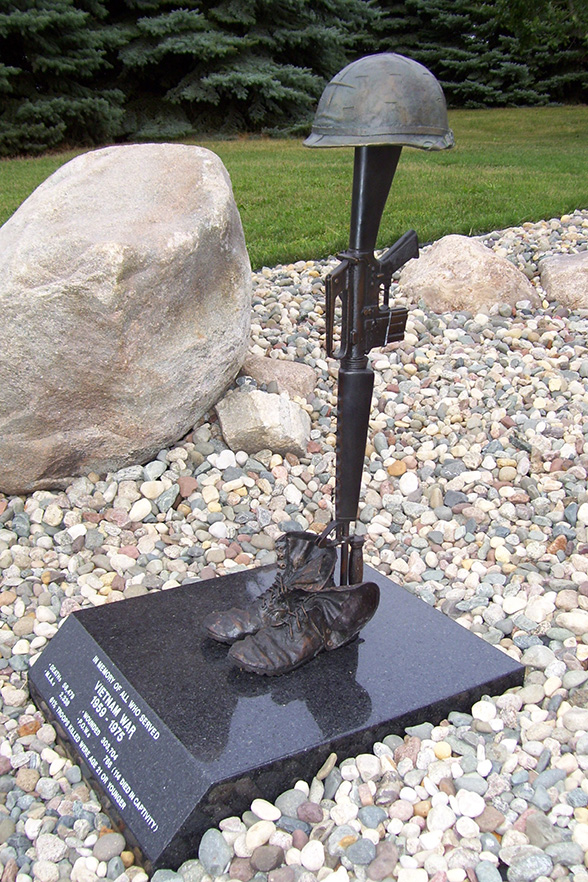 In Memory of …. The Modern Battlefield Cross 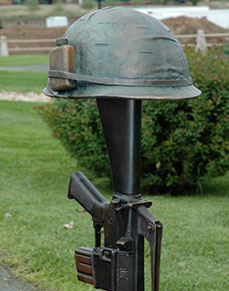 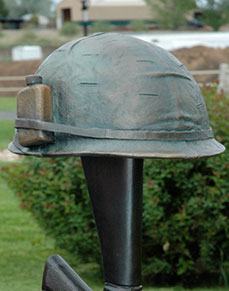 Over the years, Scott developed the Modern Battlefield Cross to honor those who have recently served. You can see the changes in the rifle, helmet, and shoes. 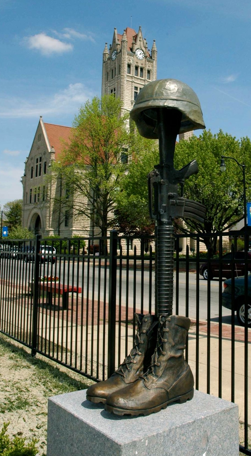 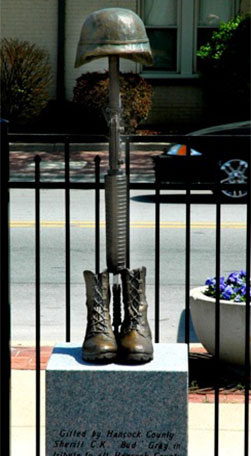